Back
The Royal Free Hospital in Hampstead chose Doo Wah Diddy as a sculpture to commemorate one of their colleagues, Joan Roberts, who died of cancer in her forties .

She was a popular, ambitious, lively and fashionable woman, much missed by her colleagues, and they felt the sculpture reflected something of her energy, vitality and optimism. What clinched the choice however was the handbag because Joan had had her ashes interred in a Gucchi handbag!

Doo Wah Diddy was supplied by the Catto Gallery in Hampstead and unveiled at the hospital by Bill Oddie in May 2011. 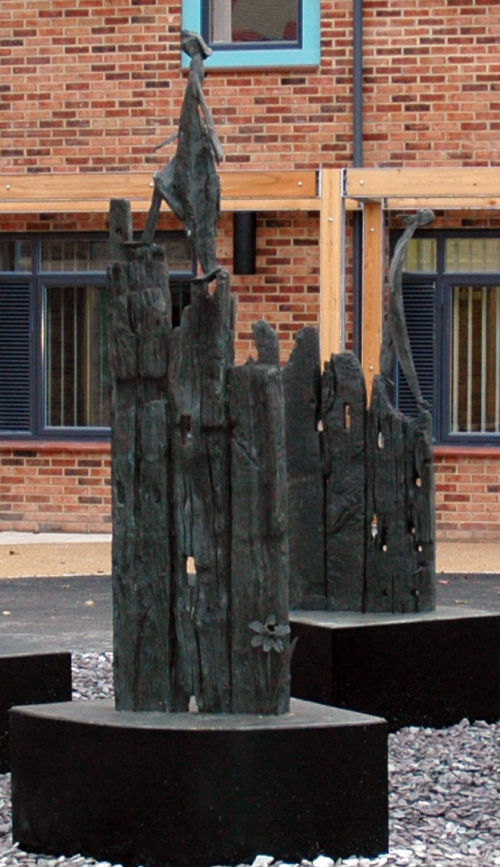