June 2020
Some exhibition venues are managing to open by appointment - see Exhibitions page.

May 2020
This year's Chelsea Flower Show cancelled owing to Covid 19 - along with all other exhibitions/events from March onwards until at least June.

May 2019
Helen will be at the Chelsea Flower Show again this year, in her traditional position near the Bull Ring Entrance (stand RGB 10). The wonderful Will Durkan will once again be designing, building and landscaping her stand. 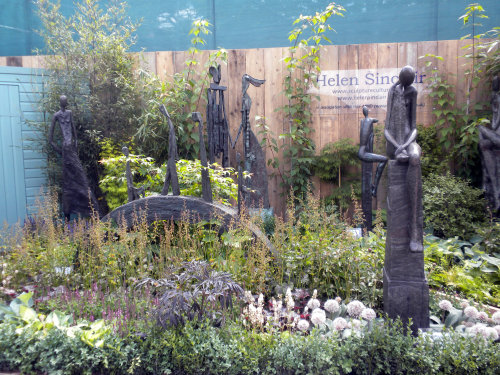 September 2017
Helen is on the short-list for the commission of a new war memorial in Guildford's historic Castle Grounds.


June 2015
Helen won the President's Award of £2,000 at the Society of Women Artists' annual open exhibition for her body of work. The society also offered her associate membership. The Awards were presented by Princess Michael of Kent at the Private View on June 4th and the exhibition runs from June 5th - 13th


May 2015
Helen won the contract for the sculpture for the Marymount University Hospital and Hospice, Cork, with her Maquette entitled "The Journey". The project is currently on hold while the funding is organised and should be underway in 2016 for installation in 2017. The sculpture will stand three metres tall, outside the main front entrance of the Hospice. It will be cast in bronze from an original 'modelling' from reclaimed wood. The maquette is cast in a bronze edition of 9. The hospice owns the first cast. The others will be for sale (see Gallery1)

April 2015
Helen's three metre bronze crucifix, is being unveiled at the English Martyrs' Catholic Secondary School in Leicester (on the wall beside the front entrance) during their Open Day for the blessing of the newly refurbished school buildings.

CHELSEA FLOWER SHOW 2014
Stand number RGB/2
Helen's stand at this year's Chelsea Flower Show, designed and built by Will Durkan (with and on behalf of the charity MIND) won the RHS's five star certificate.
www.hfmind.org
www.timetogreen

MARIE CURIE
Helen was selected to make a sculpture for the new Marie Curie hospice in Solihull. The sculpture is on the theme of the Four Seasons and was installed in November 2012. It is a bronze sculpture, approximately three metres tall, in the turning circle outside the main entrance. See the 'Commissions' page for images.
The new Marie Curie Hospice admitted its first patients in January 2013 and is the most advanced hopsice in the UK. 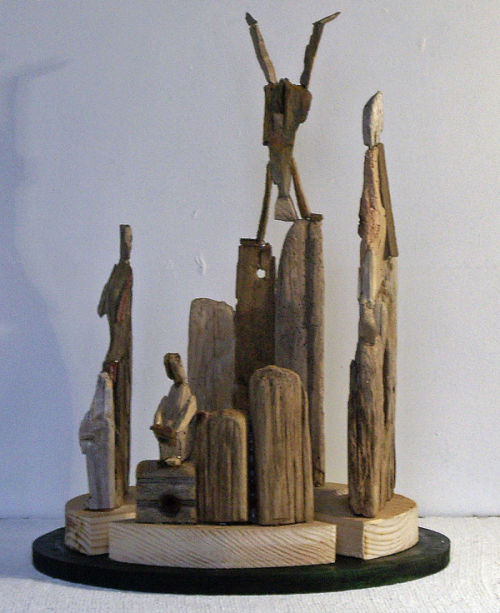 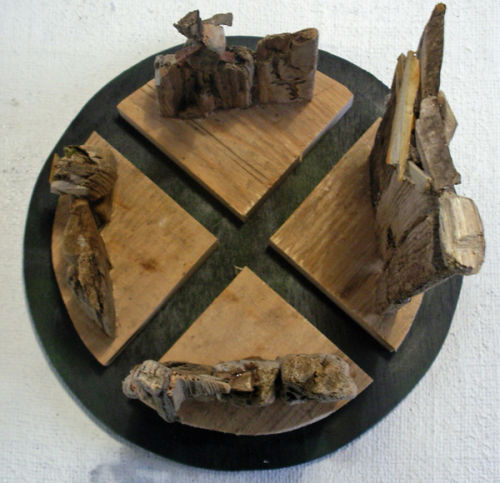